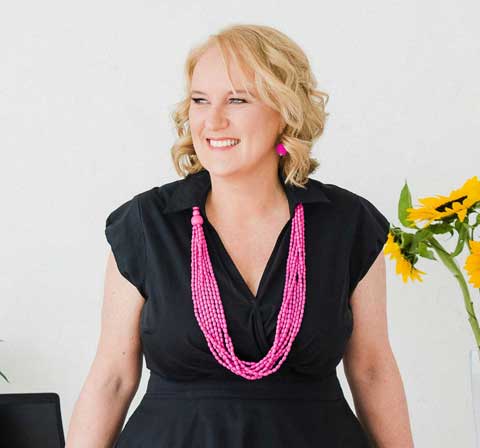 By training, Dr Tania Morris is a medical professional, but her interests extend well beyond the practice of medicine. Her goal and raison d’etre is to use the power of mindset to help people overcome their self-limiting beliefs and live the best life that they possibly can.

Dr Tania Morris became a medical professional in 1993 and specialised as an Anaesthetist and Pain Medicine Physician. During her time in the medical profession, she had the opportunity to work with other people and help them toward achieving their career goals. Along the way, she discovered that there were a large group of people who had fabulous potential but didn’t seem able to fulfil it in their professional lives. Curious, Dr Morris began to investigate why this might be the case and what holds people back. It soon became apparent that it stemmed from self-limiting beliefs instead of anything “real” or “out there” in the world.

Talking to Tania in our coaching sessions has been invaluable. She provides a safe space and I felt fully supported throughout the journey.

After exploring how to motivate and guide people towards greater fulfilment in their lives, Dr Morris noticed that it could have profound effects on their happiness. She sensed that many people yearned at a deep level for both professional and psychological development, but didn’t have the support that they needed to make meaningful and lasting changes in their approach to life. After studying the issue, Dr Morris came to understand that she could help people create higher levels of self-awareness and self-management, enabling them to choose directions in life that would serve them better.

Dr Morris is passionate about partnering with health professionals at all career stages and working with them to find ways to progress. Her goal is to help her clients discover their true, authentic selves and find both success and happiness. By burrowing down into the core of a person’s nature, she helps people identify their true motivations and desires, and live for them.

The Peregian Beach College Leadership Team were not only energised and intrinsically motivated within their work environment from engagement with the Evolve Shenpa Mindset Coaching program, but commented openly on the changes noted in family, sporting and social settings.

Personally, I would liken the experience to the clarity and depth of knowledge one obtains from overcoming adversity, or the hindsight gained from thorough reflection of a challenging event. The personal understanding achieved with respect to my own leadership potential and capabilities to better management time far exceeded my expectation.

The term Shenpa originally derives from the Tibetan Buddhist tradition. It’s something that has profound importance in all our lives, especially those who don’t live in a way that conforms to their best interest.

Shenpa translates directly as “attachment”, but it’s a meaningless translation because it doesn’t really convey what Shenpa is genuinely about. Shenpa is a word that describes how our emotional circuits can work against us in our relationships with ourselves and others. It represents both a sensation that we get in particular situations and the consequent urges for dealing with it.

There are all kinds of situations in which Shenpa shows up in our lives. Some people experience Shenpa when they see an advert for an all-you-can-eat buffet: it is the desire to both eat and overeat, even while knowing that there will be negative consequences later on. Shenpa can also apply to procrastination. Not doing anything right now feels good when you do it (allowing you to relax), but you could pay for it in the future if you don’t have any money or fail in your examinations.

Buddhist teaching tries to generate awareness of Shenpa. The idea is that if people know that they’re experiencing the urges of Shenpa, that they can intervene and prevent the negative long-term outcome. There’s evidence that if you catch Shenpa early in its tracks, there’s a lot that you can do to stop it from progressing and becoming something profoundly damaging.

You can see how Shenpa might affect a medical practitioner’s ability to progress in the workplace. Shenpa, for example, could be the tensing or unease that a person feels when their career pushes them out of their comfort zone. The reason that Shenpa is vital as a concept is that it highlights these feelings – many of which sit slightly below regular conscious awareness.

Often the urges and tension that come along with Shenpa aren’t rational. There’s no reason for an individual to fear career advancement or to be true to themselves – it’s just the force of habit. Breaking the power of Shenpa over a person’s life is, therefore, a bold and vital step on the road to authentic action and self-ownership.

With the right support, a person can begin to understand their particular Shenpa and tackle it directly. Through understanding, a person learns about themselves and comes to see why their fears and tension are misplaced.